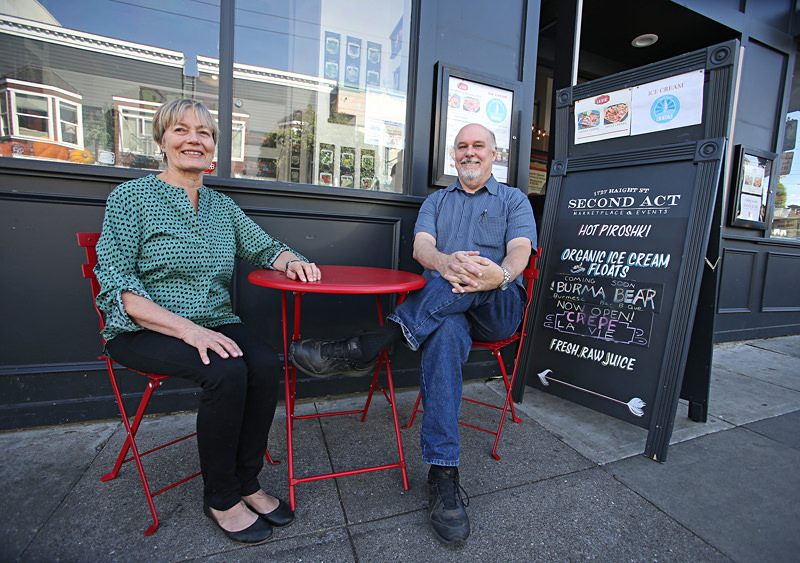 Betsy and Jack’s One Day Itinerary

When we have visitors from out of town, our favorite thing to do is walk the city.

Start with breakfast at the Ferry Building Marketplace. There is something for everyone at the many restaurants and shops, and you can relax outside while watching a multitude of San Francisco sights, including the occasional tanker squeezing itself under the Bay Bridge.

From there, walk up to Union Square and then into Chinatown and North Beach.  Peruse the selection of Beat Poetry at City Lights Bookstore.  Both of these neighborhoods offer unique, San Francisco-only shops and plenty of city ambience.

Make your way back along the Embarcadero to Rincon Annex for for a dim sum lunch at Yank Sing.  While there, check out murals by Anton Refrigier and learn a bit more about the history of California in the old Rincon Annex post office.

After lunch drive a car or take the bus (pick up the #38 Geary bus at Main Street and Howard Street and ride all the way to the end at 48th Avenue and Point Lobos Avenue ~ 50 minutes) out to wander the ruins at Sutro Baths.  Head down to Ocean Beach and sit at the edge of the continent.  If it gets chilly, head over for an afternoon snack at the Beach Chalet and get a window table after spending some time with more WPA murals in a beautifully restored historic building.  And a venture into Golden Gate Park beckons if your feet can handle more steps!

Now that you have found yourself in the far west of the city, a fantastic restaurant choice is dinner at Outerlands, a neighborhood and city favorite.

And if the fog has not driven you back to points East by the fall of darkness, go see a movie at the Balboa Theatre, one of the very few remaining small movie theaters.  Built in 1926, it sits in one of those cool neighborhoods that dot the city, and the theatre offers a selection of always interesting movies.