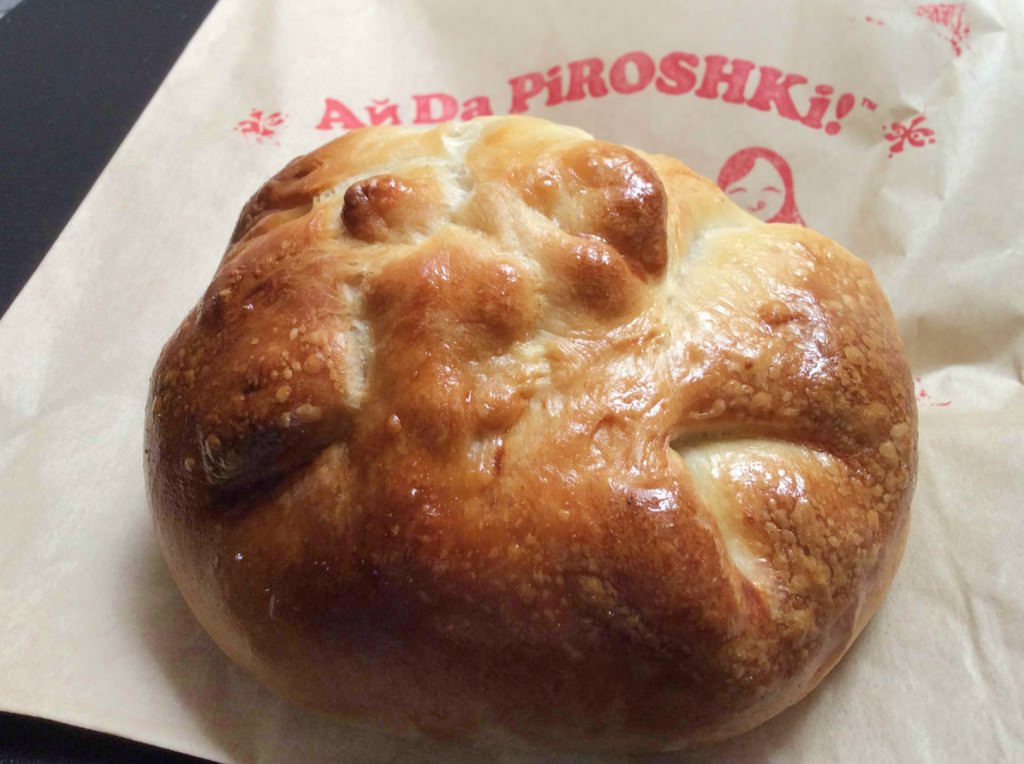 Second Act Marketplace is a cozy haven right on Haight Street in the Haight Ashbury District of San Francisco, sandwiched between Escape from New York Pizza and The Alembic. Inside, five different vendors share a communal dining and drinking area with an event space in back for anything from kids’ birthday parties to fancy film screenings. The Place: Make Second Act Marketplace an occasion! The place has you covered from a first course of green juice drink from RAW through your dessert, perhaps a warm brownie sundae from Eatwell Farm’s Ice Box. Bring a friend or three and try everywhere. Or come alone. You really can’t go wrong.

The Food and the Drink: I’ll take this vendor by vendor, just to make things simple.

RAW – I tasted the Green Zing, which is packed with spinach, kale, celery, cucumber, green apple, cilantro, and lemon. It had just enough tartness to complement the healthy flavors of the leafy greens. Just what the doctor ordered!

Anda Piroshki – The egg and scallion piroshki is the Russian take on the breakfast sand-wich, and it is delightful. The dough is golden and tender, and the egg mixture on the inside is fluffy and light. It’s a perfect pick-me-up for early morning or afternoon. Burma Bear – The brainchild of a man who grew up in California with a Burmese herit-age, Burma Bear combines his two loves of California BBQ and Burmese flavors. Get the ribs, which are tender and drizzled in a spicy sweet bbq sauce that tastes great when mixed with coconut rice.

Crepe La Vie – A crepe stand started by two Parisians, Crepe La Vie specializes in authen-tic buckwheat crepes and they don’t scrimp on anything. The goat cheese crepe is load-ed with creamy goodness, caramelized onions, and sautéed red peppers, and the crepe itself is crispy and tender with full wheaty flavor. Bonus: Many of these crepes are glu-ten-free.

Eatwell Farm’s Ice Box – If you’ve brought a friend or two with you, then you should def-initely go for the warm brownie sundae. It’s a homemade melty brownie topped with caramel and chocolate sauce, whipped cream, stoneground chocolate ice cream, and crunchy toasted almonds. You know what, don’t bring a friend. You deserve all of this.

The Must-Do: Piroshkis are an incredible all-season food that’s easy to eat on your way to the park.