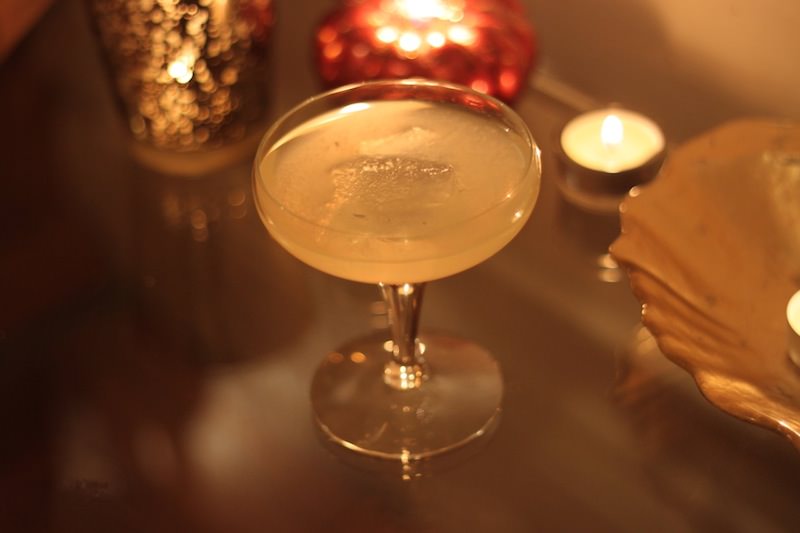 A couple of months ago while I was hosting a dinner party, I was pressed for time and in need of a cocktail that could serve a crowd. I had a bunch of Meyer lemons from a friend’s tree and was desperately trying to figure out what to make that didn’t require a bunch of random spirits when I came across Ina Garten’s recipe for a Lemon Drop. It was simply vodka, lemon juice, and superfine sugar. I didn’t have superfine sugar, but did have simple syrup, so I used that instead. The resulting libation was wildly refreshing and a huge crowd pleaser. It got me thinking about the Lemon Drop: where did it come from and has it always been the sugar-rimmed sweet concoction that’s common at college bars across America?

It turns out the Lemon Drop actually originated in San Francisco on the northwest corner of Broadway and Polk Streets at a well known bar called Henry Africa’s. The historic watering hole was opened in 1969 by a young man named Norman Jay Hobday — he later changed his name to Henry Africa. He had very little money and he couldn’t afford to remodel the space, so he decided to bring in a bunch of plants and hang ferns everywhere. “They gave it a nice, lush effect and did a hell of a job for what they cost,” Africa told the San Francisco Chronicle in 2008. “It was bright and cheery. People started swarming in there. A friend of mine came in and said, ‘Well, this is a f- fern bar.’ A fern bar it became.” Little did he know that he was actually starting a trend.

Fern bars, as they are now known, were all the rage in the 1970s and were characterized by hanging plants, a hodgepodge of antiques, and leaded glass lamp chandeliers. The plush, oversized couches, eclectic decor, and warm comfortable atmosphere typical to fern bars attracted a large female clientele. In order to serve these women and ensure that they kept coming back to his bar, Africa had to come up with female-centric cocktails. In his recently published book, Drinking the Devils’ Acre, mixologist and owner of Cantina, Duggan McDonnell explains Africa’s line of thinking, “create a concept that packs the house with ladies and the guys will follow, packing the register with cash.” Since Africa believed that a classic cocktail glass looked lovely in a woman’s hand, he “unveiled the Lemon Drop to rousing success,” writes McDonnell. “At its core, the drink made quite a bit of sense — it was simply a vodka crusta. The crusta is an old type of sour, before sours needed egg whites. And vodka in the ear of Henry Africa was exciting. It was also an empty canvas on which Henry could do his work.” The popularity of the cocktail, which was a little sweet, a little tart, and a lot of fun, spread like wild fire.

Over the years the concoction has evolved and today, the average bar makes the drink with citrus vodka, triple sec, bottled lemon juice, and a sugared rim. However, thanks to people like Ina Garten and Oprah Winfrey, who loves a well made Lemon Drop martini that incorporated fresh ingredients, the original beverage is set to make a comeback.

Wondering where to try a Lemon Drop in San Francisco? Although it’s not on the menu at following bars and restaurants, rumor has it excellent Lemon Drops can be found here: The Alembic, Forgery, Hog & Rocks, Boulevard, Jardiniere, Americano, and Waterbar.