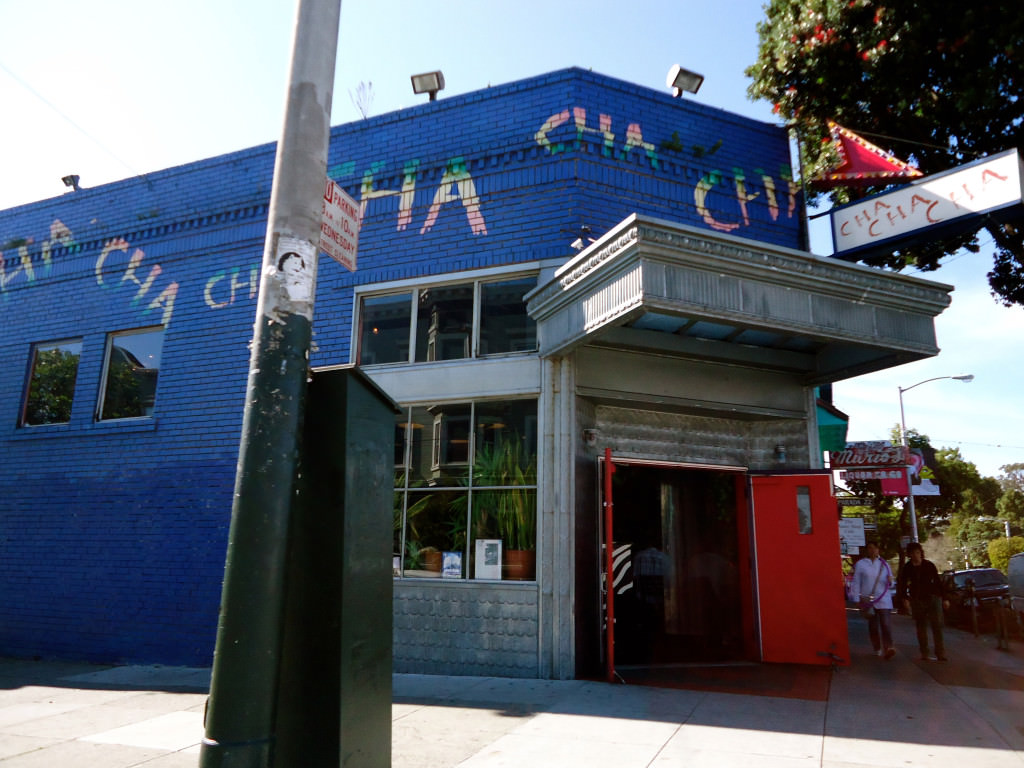 Cha Cha Cha is a Latin restaurant gem that shines in the heart of the Haight with flavorful tapas and bright sangria that turns every meal into a fiesta. The Place: With a painted brick interior, playful wall coverings, colorful flowered tablecloths, and boisterous latin music, a festive mood is set as soon as you step foot into Cha Cha Cha. You may even find yourself dancing like one couple did when I went there—and it was only 2 p.m! Everything about this restaurant is fun and light-hearted; it’s a great choice for any kind of celebration and you’ll leave with a spring in your step, even if you’re a little too full from all the delicious food.

The Dishes: Cha Cha Cha is known for their knock-out tapas. I went for the Fried Plantains with Black Beans and Sour Cream, the Cajun Shrimp, and the Chicken Paillard. It was hard work but someone had to do it. First of all, oh my God those plantains. With a rich caramel color, they are soft but also slightly chewy and complemented perfectly by the rich black bean flavor. The Cajun shrimp, on the other hand, is perfectly cooked and served in light red cream sauce, hinting at just a little bit of spice. The chicken was also dressed in a cream sauce that carried notes of pepper and mustard. If there were a sauce that deserved to be eaten by the spoonful, this was certainly it. And let’s not forget the glass of sangria which was light and sweet but not too sweet, a great accompaniment to my spiced and creamy dishes.

Other Menu Musts:  The Fried Calamari is a perennial favorite here as well as the Seafood Paella if you’re coming for dinner.

Little Known Fact: This is the original Cha Cha Cha (Cha3) location. They also have an outpost in the Mission.