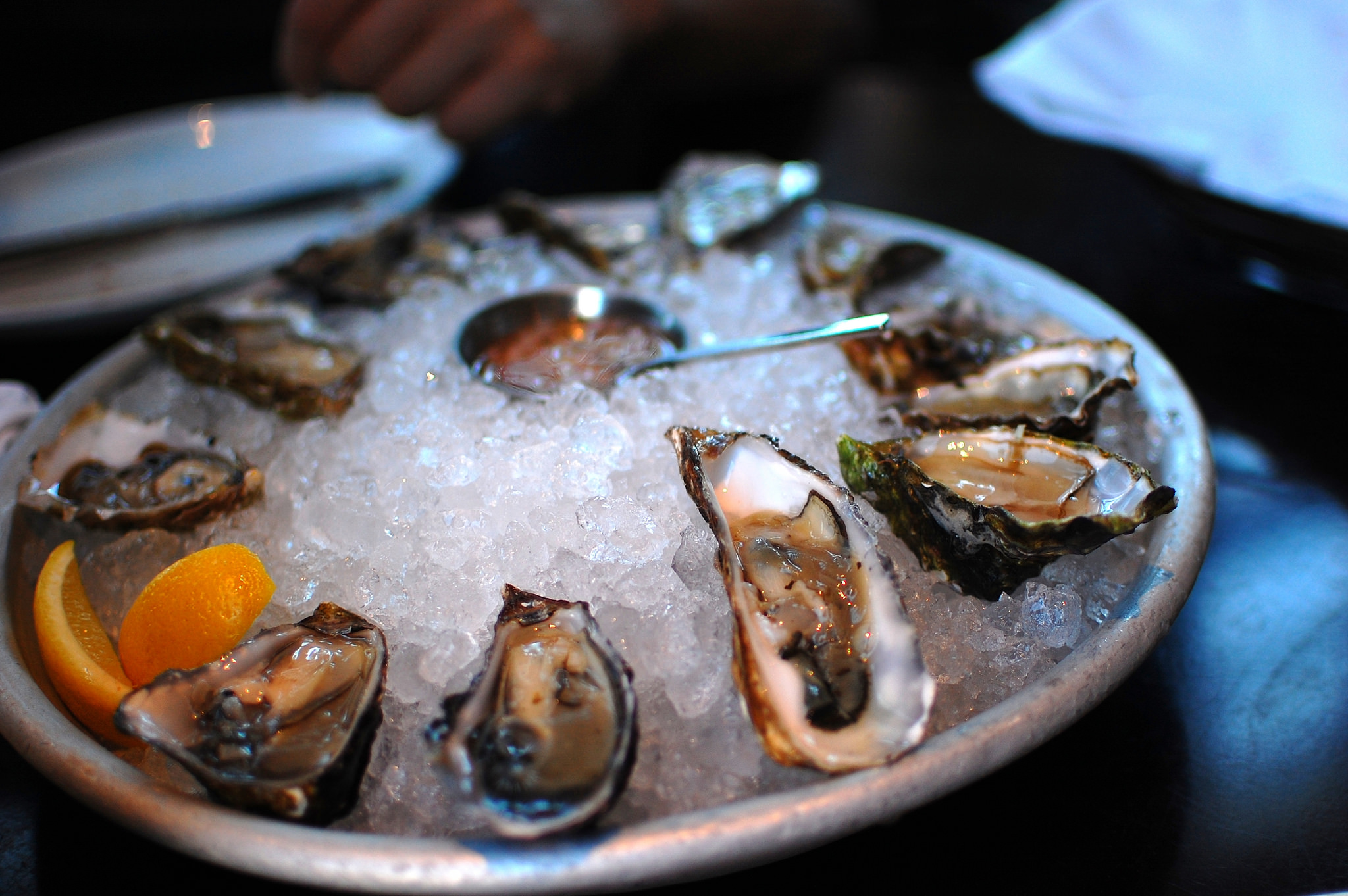 Union Square is one of those places where visitors stay because it’s filled with hotels, but locals don’t really frequent. That’s a mistake because Union Square has great eats and drinks that most SF residents don’t know about. Within a few minutes of the square are many neighborhoods like the Tenderloin, the Financial District, North Beach, and the Embarcadero, but some restaurants are even closer to the center of Union Square. Here are best restaurants Union Square San Francisco. It’s hard not to be happy when you walk into Leo’s Oyster Bar and see the palm tree wallpaper. It’s even easier to have a good time once you have a tropical cocktail and a tray of oysters. Have some raw, and then order some hot ones like the deviled egg with fried oysters on top or the baked oyster carbonara. Then menu is almost exclusively seafood from a lobster roll to seafood bisque to caviar bites. Sit at the counter and watch both the booze bar and the raw bar at the same time. And don’t forget to wash it down with a Mai Tai or a Bubble Bath. The Akiko’s Restaurant website will warn you not to make the mistake of going to Akiko’s Sushi down the street. Apparently, it’s a common mistake, and a bad one because then you’d miss out on a great meal. Akiko’s fish arrives each day-some locally and some from as far away as Japan’s Tsukiji Fish Market.  The fish on Akiko’s menu is divided into white (mild, clean) and vibrant (full flavor, buttery). A sample menu is available, but be aware that the menu changes based on what comes in that day. The quality makes a difference it’s known as one of the best sushi places in San Francisco. Kin Khao is a favorite Union Square restaurant for some of our guides. Thai food isn’t hard to find in San Francisco, but great Thai food in an area that can be filled with tourists is a gem. The name literally translates into “eat rice” but there’s more than that on the menu. Probably unlike your neighborhood Thai restaurant, Kin Khao proudly lists its local purveyors, so you know who provided the vegetables for your Bangkok Posh Salad or the mushrooms in your terrine. Union Square is pretty far from Hawaii, but Liloliho Yacht Club doesn’t feel far from the islands at all. No, the Hawaiian-inspired menu isn’t all spam and poke, but both do make appearances on the menu. (The spam is in fried rice.) Liloliho is the kind of place where you’ll want to share a few dishes with friends because it’s hard to decide between the manilla clams in coconut curry, the a5 miyazaki wagyu striploin, softshell crab, or tuna belly misoyaki. Bring a bunch of friends, or splurge and go for the ohana (family) table menu.