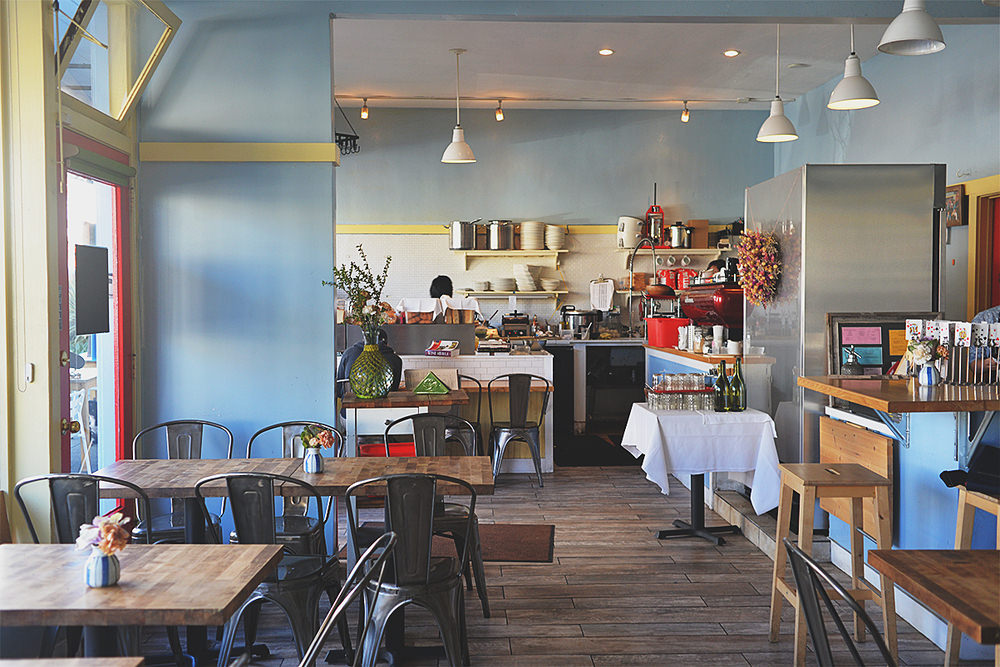 I first stumbled upon this Outer Richmond gem during the Super Storm, when the city of San Francisco effectively shut down in anticipation for the storm of the century. While most of Geary was dark due to a power outage, Cassava on Balboa was like a beacon in the night and proclaimed “We ain’t afraid of no storm!” on Facebook to assure brave locals they were open. The Place: Despite the fog, wind and rain Cassava has a welcoming vibe with elegant blue and white wallpaper with details of city life; parking meters, fire hydrants and pigeons. You can feel the French inspiration as the smell of San Francisco roasted Ritual Coffee lingers in the air.  The menu offers new American with Japanese fusion dishes. During the week Cassava Restaurant in the Outer Richmond District operates exclusively as a modest artisanal breakfast and lunch eatery. But on the weekends and in the evening transforms their menu to serve elegant modern American dishes. If you still think the Richmond District is home to nothing but fog and wind, you’ll have to take a trip over to Cassava and let your taste buds tell you otherwise as you conduct your own Cassava restaurant review. Little Known Fact: Cassava originally opened as an artisanal café in 2012, but after a successful Kickstarter campaign was able to expand seating and add outdoor heating (a luxury when dining so far West) in 2013.

Insider Secret: Every Saturday is Caturday at Cassava– wear something with a cat on it and get a free sangria or dessert on the house!