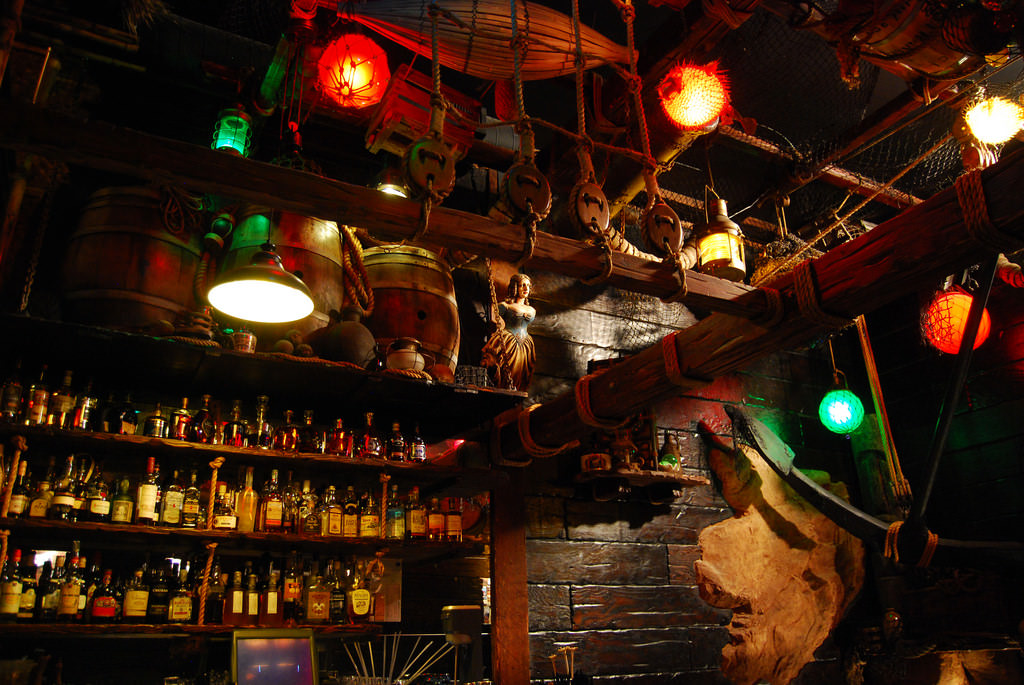 Everybody loves a good story; it’s even better when it’s paired up with a delicious cocktail. Here’s a little bit of history of the Mai Tai Cocktail followed by the 5 best places to drink a Mai Tai in the Bay Area.

History of the Mai Tai Cocktail

The Mai Tai — which is the quintessential tiki drink — delivers both. And it  was created right in Oakland, California, just like the Hell’s Angels and the Black Panthers.

Vic Bergeron’s original 1944 Mai Tai recipe is well known now, but during the early days, old Trader Vic kept the exact recipe to himself. “It was the drink everybody wanted to do and because it was a secret, everyone failed,” says cocktail historian Wayne Curtis. “That’s why we have so many bad Mai Tais.”

The best ones stick to the original formula of aged Jamaican rum, fresh lime, a splash of orange curaçao, simple syrup and orgeat, a syrup made from almonds and a little orange flower or rose water.  But what makes a Mai Tai really stand out is the atmosphere that goes with it, because the essence of a tiki culture is making you feel like you’ve been transported to another place.

Maybe the search for the perfect Mai Tai is akin to the quest for the mythic tropical paradise that birthed the tiki culture. We like to imagine it as a place where rivers flow with Daiquiris, Scorpions are relatively tame and a Zombie apocalypse is a good thing.

Fortunately, a satisfying Mai Tai is much easier to find. If you want to experience the king of all tiki drinks, then here are five San Francisco Bay Area spots to check out. Smuggler’s Cove – As the name suggests, Smuggler’s Cove is rather rather obscure from the outside. Inside, it’s moody with pirates and rigging and water features. But don’t be fooled: you’re in a temple to rum and one of the most respected bars in the country, and they serve a classic Mai Tai to match.  650 Gough St., San Francisco, 415-869-1900. Longitude – Right in the heart of Oakland, Suzanne Long has created an exotic pan-tiki escape. The verdant walls dotted with African masks, the staff’s game warden attire and the giraffe swizzle sticks add to the kitschy charm. What sets her Mai Tai apart is the housemade almond-macadamia syrup and the elegant Pierre Ferrand orange curaçao.  It’s a Mai Tai that’s truly out of this world. 347 14th St., Oakland, 510-465-2008. Forbidden Island – This is retro tiki at its finest, with puffer fish, hand-carved totems, a cocktail umbrella art installation and even madcap movies from the era to put you in the right frame of mind. They make the Mai Tai two ways: classic Trader Vic’s style, plus a Hawaiian version that includes pineapple juice and a splash of dark rum. Which one is better? You be the judge. 1304 Lincoln Ave., Alameda, 510-749-0332. Li Po Cocktail Lounge – If you Google “dive bar San Francisco,” Li Po is on the first page of the results. But what dive bars lack in hip décor, they make up for in authentic atmosphere and strong drinks. So, don’t be put off by the neon over the door, the tattered red lantern swinging overhead or the blasé bartender —  Anthony Bourdain wasn’t. Order the Chinese Mai Tai, sweet-but-deadly mix of three rums, a Chinese liqueur distilled from sorghum and rose petals, plus a splash of pineapple juice.  916 Grant Ave, San Francisco, 415-982-0072. The Tonga Room – It’s a bit jarring going from the posh atmosphere of the Fairmont Hotel into the legendary Tonga Room. Imagine walking into the Love Boat or a commercial for Carnival Cruise Lines. Tune it all out and pay attention to your nuanced and balanced drink served in a ceramic coconut that seems to get frostier as you sip. You’ll be smiling and maybe even singing along to R&B favorites from the ‘60s to the ‘80s. No need to be embarrassed; everyone else is doing it too. 950 Mason St., San Francisco, 415-772-5278.

Want to learn more about the history of San Francisco Cocktails? Join us on our Union Square Craft Cocktail Tour. Come Drink with Us!