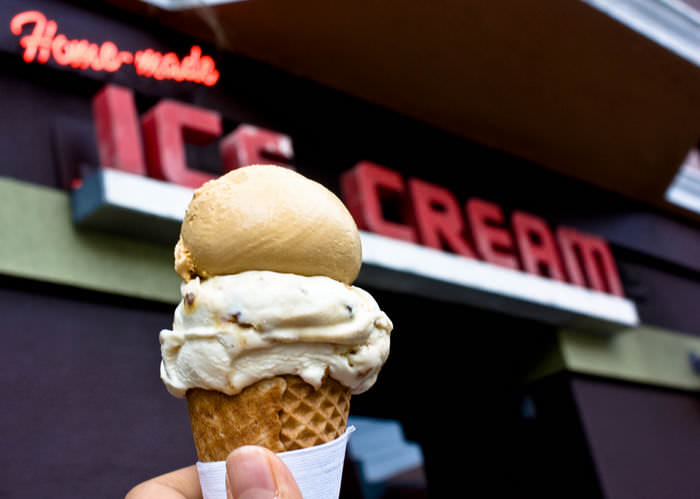 It doesn’t matter who you are, where you’re from, what you’ve done, or how much you used to love N’Sync: There’s a lot to love in San Francisco. Here’s a 100% local opinion of the Top 10 San Francisco Tourist Destinations that locals love too! Golden Gate Park is a kachina doll, a wonderland with miles and miles of paths  like picnicking meadows (Hellman Hollow), a bison paddock, and a lake with paddle boats for rent.

It also has other fantastic attractions, like the Japanese Tea Garden, the Botanical Garden, the California Academy of Sciences, the DeYoung Museum, the Conservatory of Flowers, and a carousel! Tourist or local, there’s always more to discover in Golden Gate Park.

Insider Tip: From April 19th through October 11th, there’s free music at 1:00 pm every Sunday at the Music Concourse, courtesy of the Golden Gate Band.

Where: The park starts roughly at Stanyan and Haight and ends at the ocean. Many attractions are near 9th and Lincoln. The Exploratorium is the perfect place to nerd out. Combining art, science, and design, this is a destination guaranteed to fascinate both kids and adults.

Insider Tip: On the first Thursday of every month, The Exploratorium has a program called After Dark. From 6pm till 10pm, adults can sip on cocktails while playing with gorgeous science experiments. Achieve the dream of looking cool while having fun! 3. Cocktails and Bone Marrow at The Alembic

You made it to San Francisco, one of the top culinary destinations in the world, and you need to eat. The Alembic is a craft cocktail and food destination in the Haight Ashbury Neighborhood where you can sit back and sip on a cocktail creation before having your mind blown by their famous bone marrow.

Insider Tip: Get the summer-flavored Southern Exposure cocktail. It’s been on their menu since day one. Yes, it’s completely famous and there’s always a line around the block, but ice cream at Bi-Rite Creamery really is that good. You should definitely try the salted caramel ice cream and while you’re at it, also go for the malted vanilla with peanut brittle pieces or the ricanelas.

Insider Tip: If you’re checking out Alamo square, go to the Bi-Rite location on Divisadero and Hayes street where there’s usually less of a wait. 5. The View from Dolores Park

Dolores Park is consistently packed with San Franciscans old and new, and from the southwest corner, you can get a heartbreakingly-beautiful view of downtown San Francisco with the Bay behind it and palm tree-lined Dolores street stretching out in front of you like a California dream.

Insider Tip: Pick up a sandwich from Ike’s Place and bring it to the park for a delicious picnic. Make sure to bring extra napkins because it’s going to get messy. 6. Sing-Alongs at the Castro Theater

The Castro Theater is pure whimsy and magic. While you can always catch an interesting film or documentary, on special occasions throughout the year you can bust out your vocal chords and sing along to the movies that provided the soundtrack to your childhood. The sing-along is a guided experience with a host, karaoke-style lettering on the screen, and most importantly, a costume contest.

Insider Tip: Get something sinful from Hot Cookie while you’re waiting in line to get in to the theater. Were you looking for a tastefully-dressed mouse skeleton or a unicorn head? Of course not, but they sell them here anyways. Paxton Gate is a delightful purveyor of unique gifts flavored with botany, alchemy, and taxidermy. You’re guaranteed to find something unique for that friend who’s . . . a little strange.

Insider Tip: Be sure to check out the pirate store next door, and then head to Dandelion Chocolate for some hand-crafted delicious chocolate. 8. Green Apple Books in the Richmond

Though big-box book retailers rule the roost in other American cities, San Francisco boasts many independent book merchants such as Green Apple Books, which has two locations in the city. The one in the Inner Richmond smells like knowledge and has nooks and crannies to comb through while trying to find the perfect read for the trip home.

Insider Tip: Get some delicious dim sum at Hong Kong Lounge II before stopping by. Brunch is one of the most popular kids on the block, and Brenda’s is the prettiest of them all. This is cajun comfort food like you wouldn’t believe, and it is worth the wait just for the beignets, the crawfish beignets to be exact.

Insider Tip: Get there early. You also won’t regret smothering the house-made cream biscuits in their fresh strawberry jam. San Francisco is an eternal home to Peter Pans, kids of all ages, and all those who refuse to believe that growing older means growing old. Where else can you eat at a carnival-themed restaurant before going to a bar featuring an arcade, then climbing secret staircases and staying out too late trying to find the perfect view?

San Francisco is a city for wandering and discovering. If you leave a little space in your itinerary to explore any neighborhood by foot, you’re guaranteed to find something wonderful. So get here already! What are you waiting for?