Ah, New York City, the city that never sleeps! It’s also the city that can have a Michelin star restaurant on the same block as a craft cocktail and a food truck. Everyone that moves to or visits New York always wants to know the best place to eat. And trust me, I get it. It can be overwhelming. Which is exactly why NYC food tours have gained in popularity lately.

It’s hard to break down the ultimate guide to NYC food tours. But I wanted to help you see the city in a fun way, so I decided to break them down by neighborhood. Each neighborhood in New York City has its own vibe and flair, so food tours are a unique way to see the city and eat some delicious food in the process. Get ready to explore one of Brooklyn’s trendiest neighborhoods on a Williamsburg Food Tour – known as one of the hottest culinary scenes in all of New York City. You’ll get an exclusive peek at this artistic neighborhood: what makes these chefs cook amazingly flavorful dishes in addition to learning about Williamsburg’s artistic past and hipster present. Let’s eat and drink through this cultural neighborhood! Dare I say but this might be one of the most flavorful tours you’ll go on. Though I may be biased since these two cuisines are my favorite, but the Chinatown and Little Italy of New York are bursting with some of the tastiest restaurants in the city. Over the three-hour tour, you’ll try a classic Chinese pastry, an authentic Chinese dumpling, and others while visiting family-owned establishments that have been around for over 100 years. You’ll also be entertained with stories about the history of the neighborhood while munching on fresh homemade mozzarella paired with prosciutto. If you’ve been to New York, you’ve probably been to the Chelsea Market and High Line at least once. If you haven’t, you must! The Chelsea Market is filled with live music, shops, and tons of restaurants. From takeout to dine-in, eating your way through the Chelsea Market will take you quite a while. Save yourself the headache and take this Chelsea Market + High Line + Hudson Yards Food Tour. The vendors at the Chelsea Market may change so the vendors included on the tour might too, but I can guarantee that you’ll eat amazing food. Bonus, you’ll get to visit one of my favorite flea markets, Artists & Fleas (pictured). New York City has been seen in many famous films and tv shows, like I Am Legend or Friends. So, if you’re a film or tv buff, this tour might be for you! The Greenwich Village Tour will take you through the famous Washington Square Park to the West Village, which most say is the most serene neighborhood in NYC. You’ll go on a three-hour tour eating true New York style pizza, cupcakes, bagels, and other iconic New York City eats. Make sure your phone battery is fully charged, you’re going to want to take pictures! Join us on our NYC East Village Food Tour as we explore one of New York City’s hottest restaurant and craft cocktail scenes – known for its role as the birthplace of punk and artist hangouts. Hear the stories of restaurant owners and chefs as you enjoy our 4-course progressive meal. Taste a bite of Little Ukraine, and other ethnic cuisines from immigrants who have made the East Village one of the most diverse eating grounds in NYC. Let’s eat and drink through this cultural neighborhood! Before you say, is Queens even in New York? I say, yes, yes, it is! Queens, the largest of NYC’s five boroughs, is filled with authentic restaurants of any cuisine you’re looking for. I should warn you though, The United Kitchens tour is a full-day, five-to-six-hour tour. You won’t be trying your classic cannoli and pizza; you’ll be tasting everything from Mexican food to a Colombian “fast food” joint and even a Tibetan hole-in-the-wall (this is how you know it’s a good spot).  Get your walking shoes – and stretchy pants – ready! Whether you’ve been to Dumbo or not, you’ve definitely seen a picture of Brooklyn’s most Instagrammable spot. The one on the cobblestone street with the Manhattan Bridge in the background? Yes, that one! However, there is more to this neighborhood than a single Instagram picture. Dumbo is the neighborhood where artists and innovators thrive. On the New York Times Journeys – Dumbo tour, you’ll see this Brooklyn neighborhood through the eyes of a local. You’ll learn about the history of Brooklyn’s waterfront and try some the delectable foods of local food creators. And don’t worry, you’ll get your beautiful shot of the Manhattan skyline.

I want to end this list off by saying this is the short list of NYC food tours. There are so many places to eat – and see – but this is a great list to start with. We can’t wait to see where your foodie adventures take you! 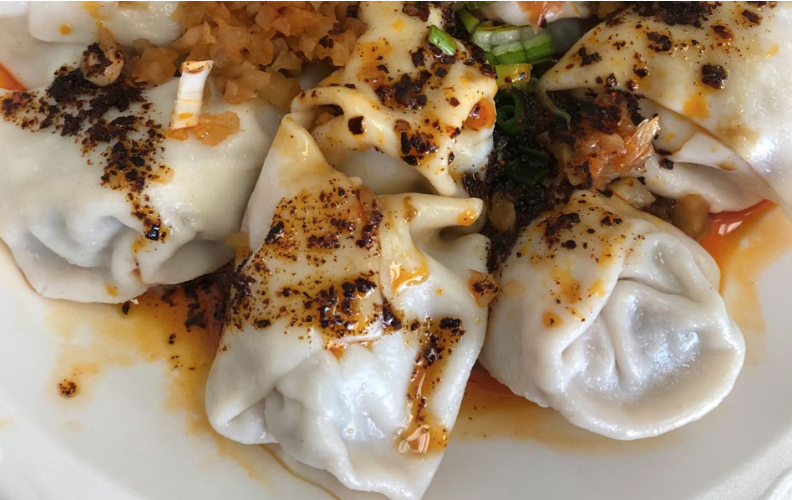 We’re expert culinary curators who go out to eat and call it “research.” Here are our recommendations in New York City. 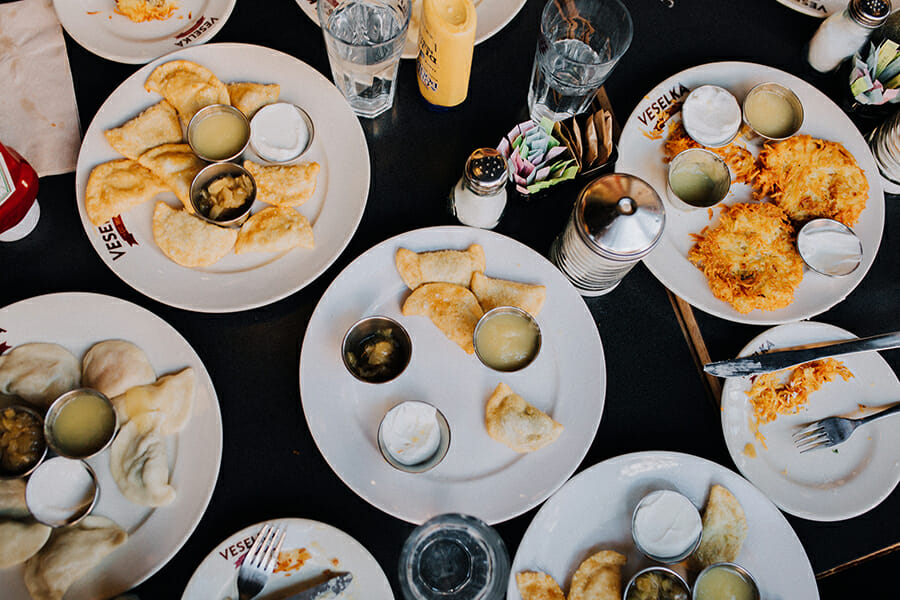 A 4-course progressive meal in one of New York's most culturally diverse and trendy neighborhoods. 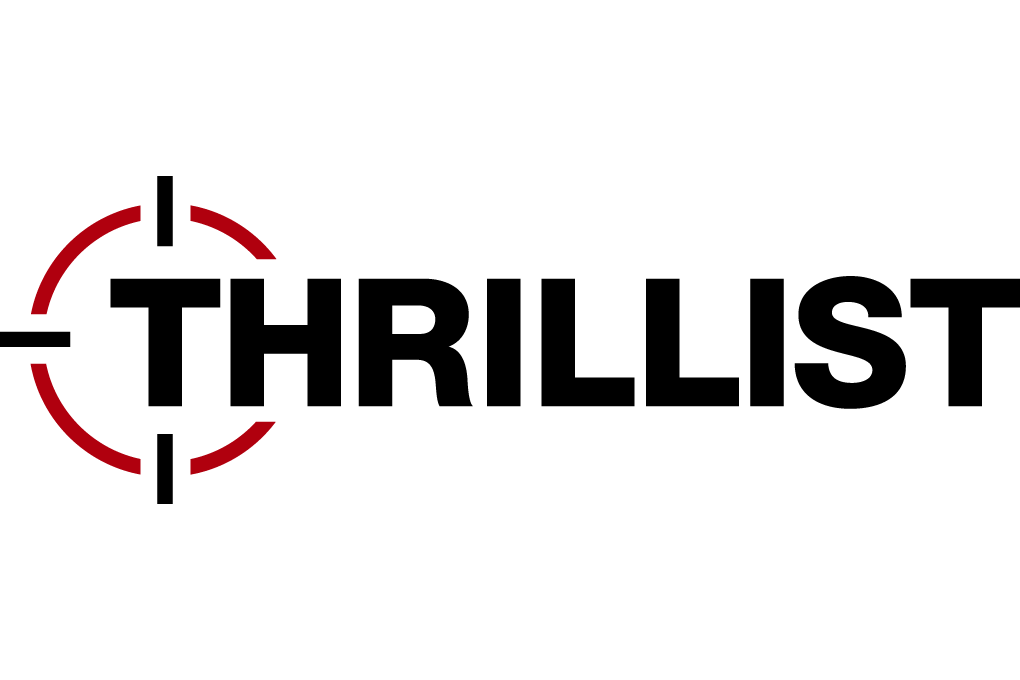