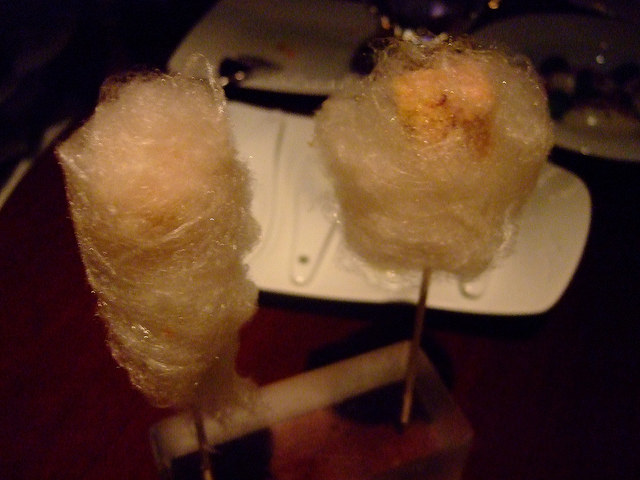 Many people come to LA looking for celebrities, but the city also has its fair share of celebrity chefs. From Top Chef winners to chefs that have become household names, you’ll likely know the name of the person behind the kitchen doors. Our guide to celebrity chef restaurants in Los Angeles highlights some of our favorite spots. José Andrés’s giant list of restaurants includes three of the best-known celebrity chef restaurants in Los Angeles. SAAM at The Bazaar, Tres by José Andrés, and The Bazaar. All restaurants are located in the SLS Beverly Hills. Chef Andrés is known for introducing the concept of small plates dining the US. He’s also famous for his molecular gastronomy. At SAAM can partake in a 22-course tasting menu and try fun and theatrical food-like foie gras cotton candy. Top Chefs fans will know Michael Voltaggio as the man who beat out his brother to win the sixth season of the television show. Now Chef Voltaggio is known for his restaurant ink. The menu at ink. is always changing but it has recently featured egg yolk gnocchi and pastrami salmon. Voltaggio also runsSack Sandwiches which feature some of LA’s best sandwiches, most famously the cold fried chicken one. Wolfgang Puck is one of the most famous celebrity chefs and his Beverly Hills restaurant Spago is one of his best-known restaurants. It’s actually the flagship restaurant of the Wolfgang Puck Fine Dining Group.One of LA’s favorite chefs, Nancy Silverton, got her big start in pastries at Spago. Now the chef has other restaurants in the city, like Santa Monica’s Chinois and CUT in Beverly Hills, but Spago will always be number one. Join us on a culinary experience in Los Angeles and we’ll take you to our favorite restaurants in Venice Beach and Downtown Los Angeles.